Two of Garadget’s primary functions are control and monitoring:

To receive commands and report status Garadget connects to your home WiFi router. Remote clients such as mobile apps communicate with it via its cloud server while home automation hubs can talk with Garadget directly on the local network. 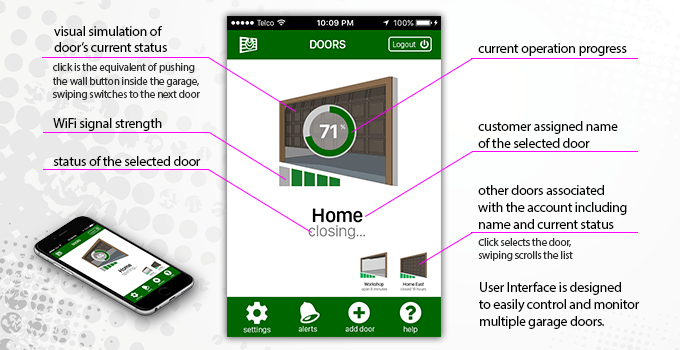